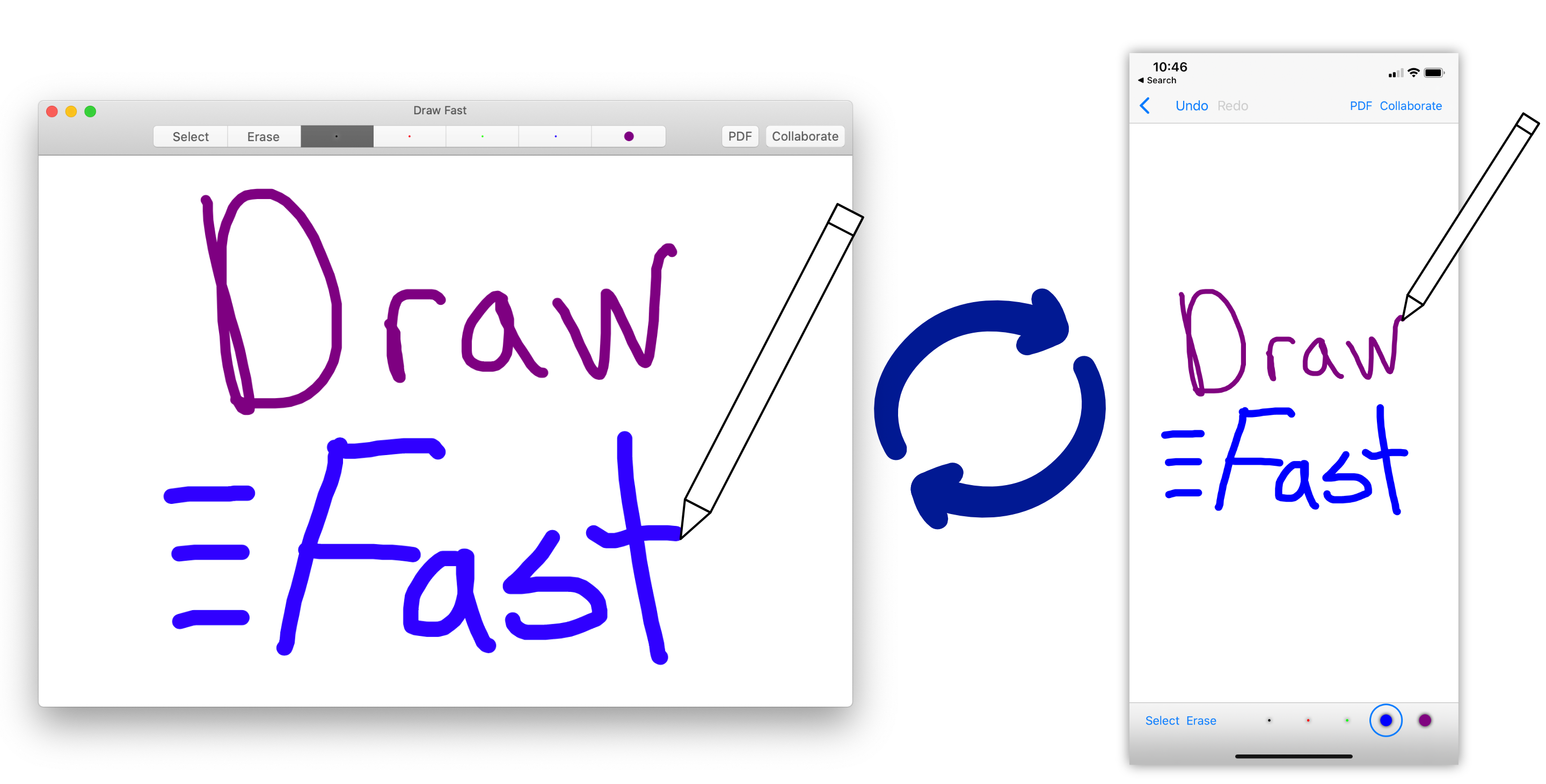 Design your website on your iPad, and then look up to see the same design on your Mac. It’s perfect. You glance at your second monitor and start coding. But this button should be here, not there. No worries, you select it on your iPad, and watch as the position updates in realtime on both screens. 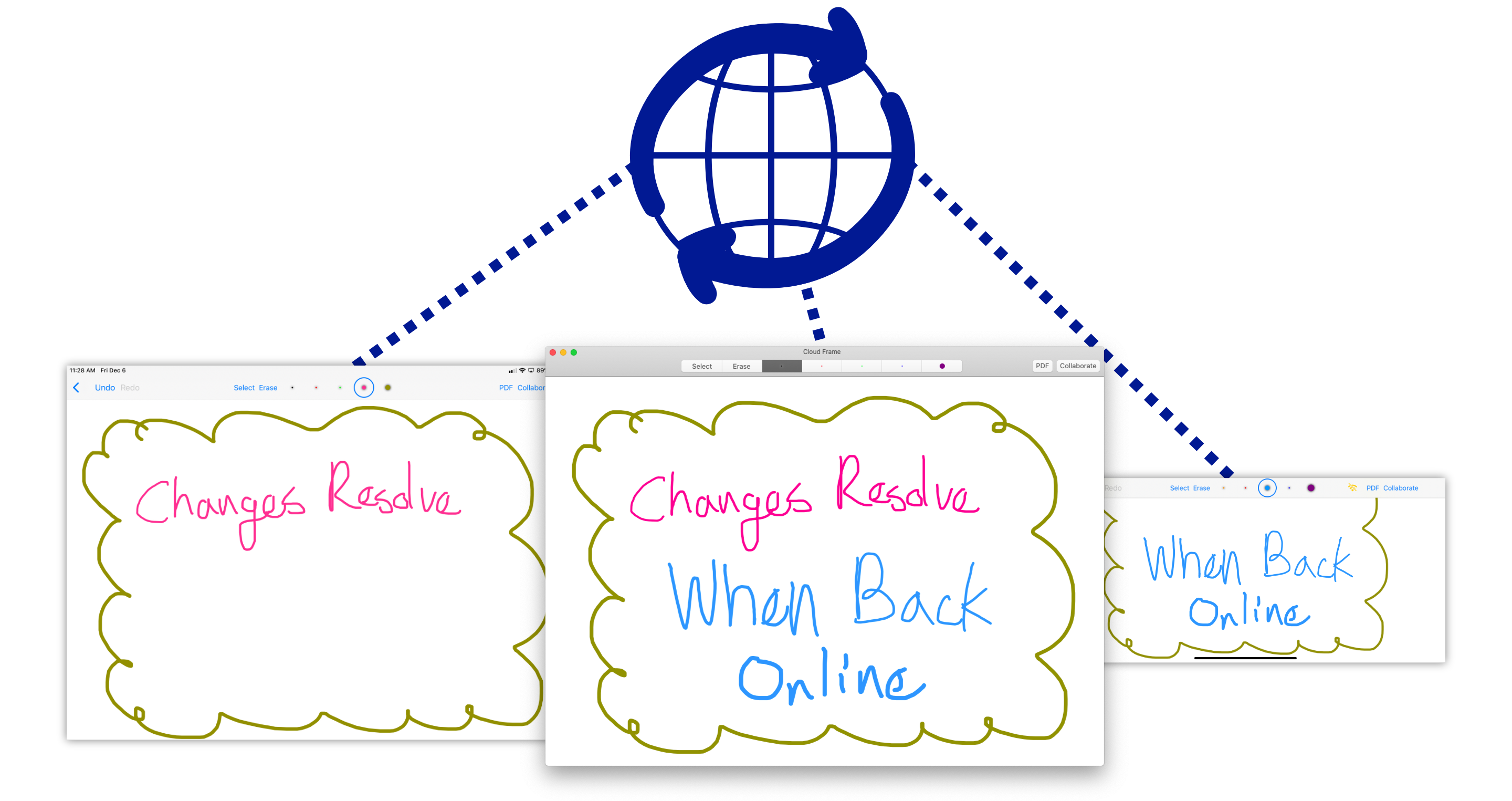 Collaborate with others over the internet, or P2P. Sync between devices when offline.

Create a board with your friend before going out into nature. Work on your sketches alongside each other, and watch them sync even without an internet connection. Their art is almost as beautiful as they are. 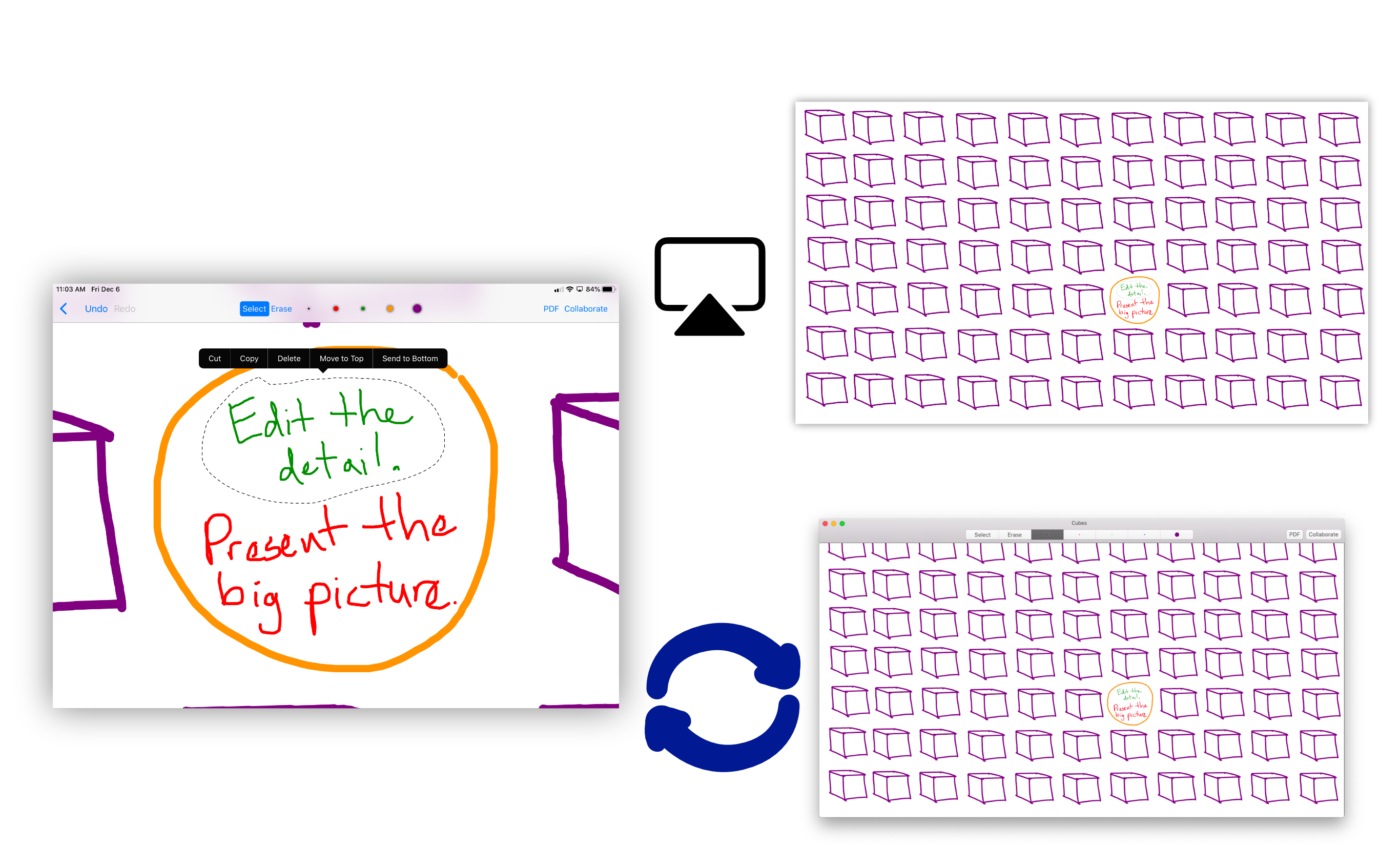 Start a whiteboard for your team’s brainstorming, and see their pen strokes in milliseconds, even from across the globe. Airplay to the Apple TV in the boardroom to get the big picture. Everyone works on their part of the plan, and the boss marks up what she thinks could be better. It’s coming together perfectly. 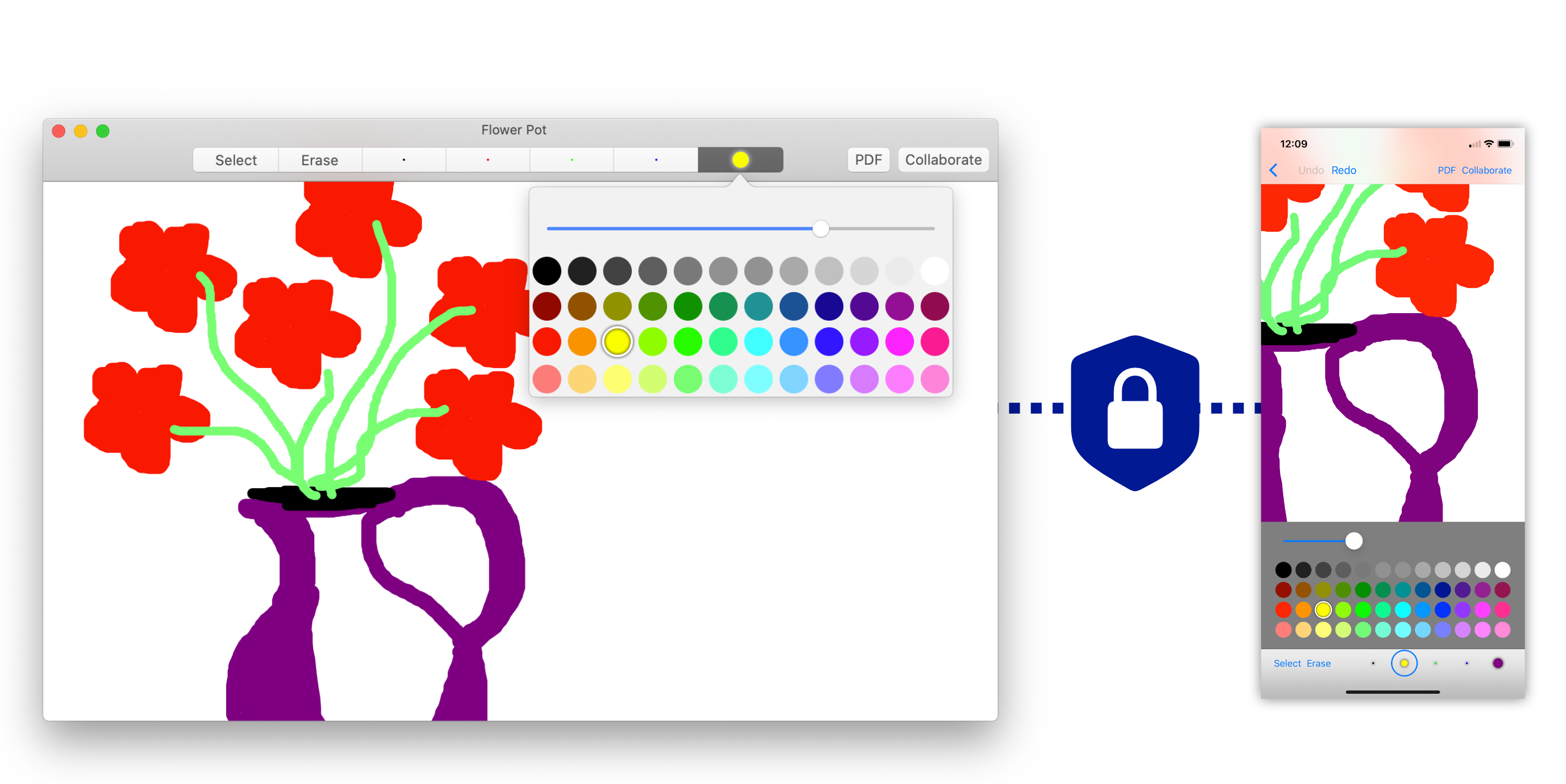 Data is fully encrypted in transit. Documents are stored on Apple’s servers only. No account necessary.

The data for your secret plans or corporate takeover is safe on Apple’s servers, and is only sent, encrypted, over the net while you’re actively drawing.

No document conflicts. No outside accounts. A simple interface. Whiteboarding joy.